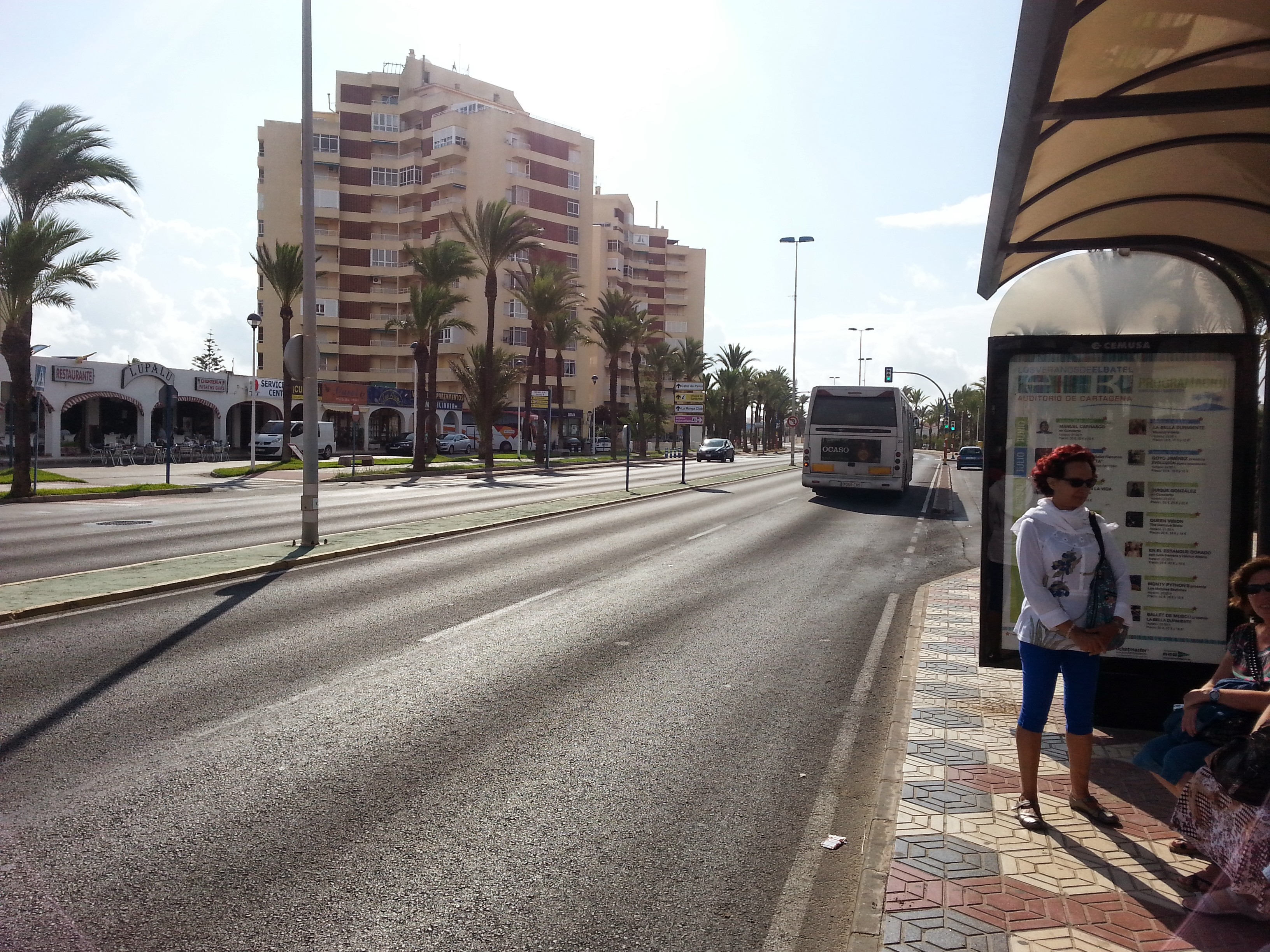 The trip to Cartagena started well enough, and the bus ride to the end of La Manga strip was brief and painless. It was only when we stepped off the bus that things started getting interesting. After trying to decipher the timetable outside the (closed) Tourist Office, worried we’d gone to far we trekked back to the previous bus stop. So we took a seat and waited. And waited. After a while a friendly chap came over and in broken English explained that the bus was due 15min ago but it hadn’t come and the next one was due in 45min.

After the lovely weather we’d enjoyed so far, we’d all come dressed for summer, but the clouds were out and the breeze was cool. T-shirt and shorts suddenly didn’t seem like such a smart idea. So we took shelter in a nearby coffee shop and waited some more.

45min came and went. Then another 15min. It was beginning to look like the bus to Cartagena was a myth, a legend designed to trick visiting tourists into making fools of themselves. Maybe it was time to cash in our chips and head back to the apartment.

It was at that point, on the verge of abandoning all hope, 90min after first sitting down at the bus stop, that something magical happened. A bus appeared on the horizon. A low excited whisper swept through the bus stop, no one daring to speak loudly in case they jinxed it. It drew closer, and people stood, straining to make out the number on the front. The L-20! Wasn’t this the one the ancient prophecies spoke of? It drew to a stop in front of the small crowd, and the doors slowly opened like the celestial gates. The first person on, a middle aged lady with leathery skin looked up to the bus driver and addressed him in a timid yet hopeful voice.

The driver looked down and smiled at her.

The bus was crowded, and it seemed everyone wanted to get to Cartagena. Each time I thought the bus couldn’t possibly hold any more people, the driver would pull over and yet more passengers would squeeze on. As the bus set off on the main road, the clouds grew more numerous and darker, and a few spots of rain appeared on the window. Then the deluge began in earnest.

After a few minutes it looked like it had been raining for a few days. Drains overflowed, rivers ran through the fields and the bus left a wake as it went. For the second time that day, I wondered whether Cartagena was worth this.

The feeling of apprehension only grew when after 50min, the bus pulled into Cartagena station. Although the rain has eased off, the city itself welcomed us like unwanted guests. Tired and hungry, we carefully walked down slippery and dirty pavements. Graffiti covered every available surface outside locked up shops. Maybe this was a mistake. 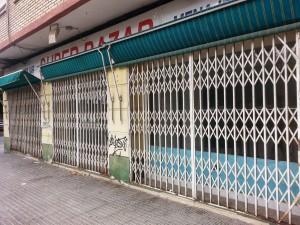 I believe that when translated, the graffiti reads ‘Welcome to Cartagena’

After finding refreshment though, the city seemed to take on a new light. The sun broke through the clouds, and the streets became cleaner, more welcoming. Even the graffiti went from being indistinguishable scrawls to what could legitimately be called street art. We walked down beautiful paths, before ascending to the top of Cartagena and looking over the vast city and surrounding hills. Peacocks posed for their photo to be taken before strutting off into the gardens. And from the top of Concepción Castle, I thought to myself, this was worth every second. 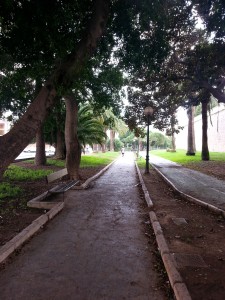 Sometimes what you’re looking for is just around the corner

It doesn’t matter whether we’re catching a bus to Cartagena, trying to write a novel or in any other way stepping outside of our comfort zone. It’s the same story. We experience setbacks. We realise we could be better prepared. We stare at the rainclouds and wonder if we’ve made a mistake. We consider giving up.

If we persist, however, things start to happen. Buses turn up when we’ve decided they never will. People go out of their way to help us understand what’s going on. Friends support us. Then, maybe after a couple of false starts, we reach our destination.

Time to start another journey.