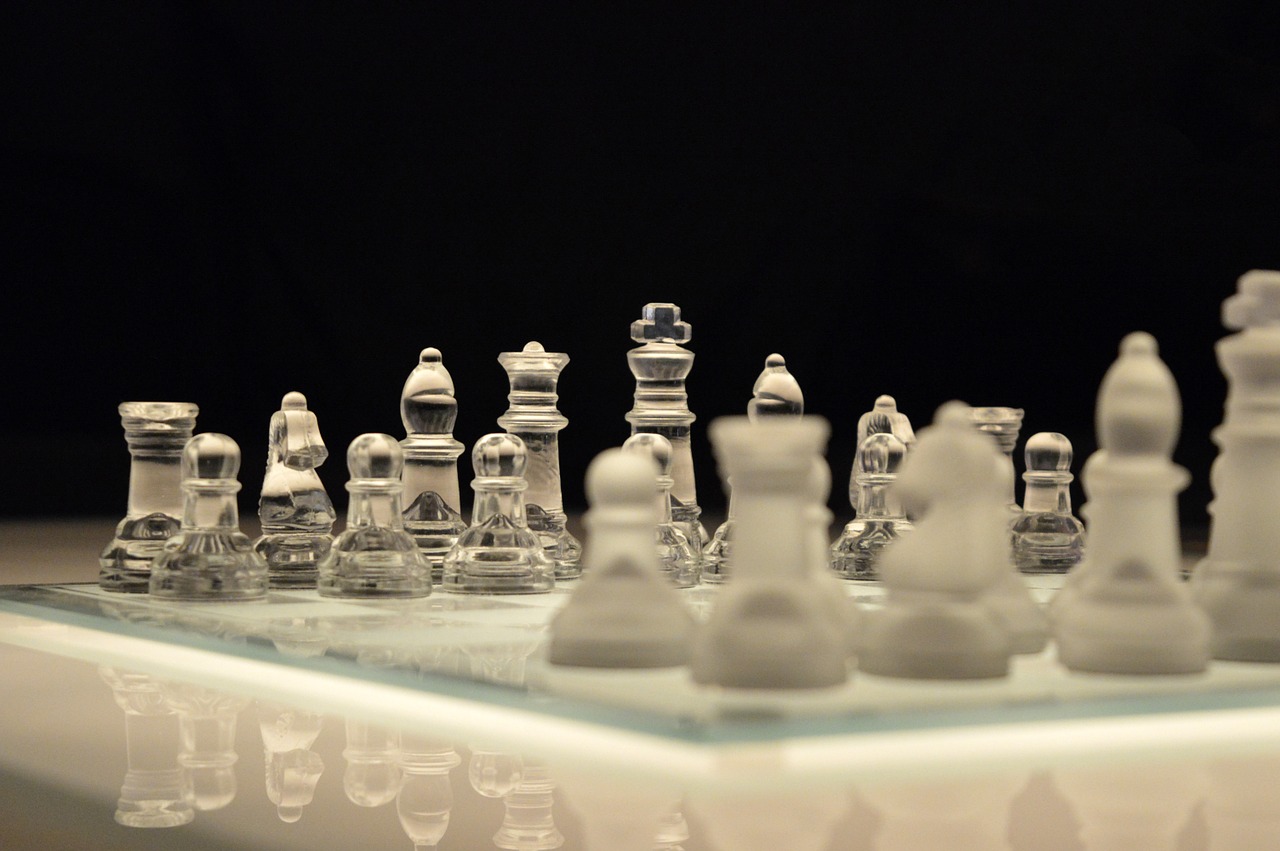 Most of us will put a lot of effort into avoiding it. We’ll go out of our way to stay out of it. Yet, if your characters do the same, your story is going to be flatter than a pancake that’s been flattened by a flattering steam roller. In Holland. It’s time to get in a fight. 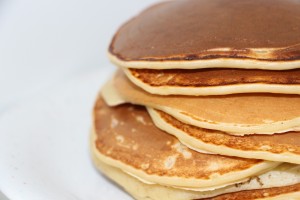 Mmm, pancakes. But for stories, flat is fatal!

We’ve taken a look at motivation in a previous post, and how it’s vital for your main characters. But motivation is only half the story. Motivation is the beginning. Its evil twin, the ying to its yang, the Bonnie to its Clyde, is conflict. While motivation will intrigue readers, it’s the conflict that keeps them turning the pages. Conflict is the story.

I want you to imagine one of the most basic survival motivations, hunger, and see the part conflict plays.

Which of the stories would you be interested most in reading? Without conflict, there’s no story. Eddie’s story is more mind numbing than daytime telly. Pete and Larry at least have some conflict, but it’s easily resolved. We don’t invest in their problems, because the solution is simple and obvious.

In comparison, Barry faces a very real problem. His first steps fail, and he ends up in a worse position than before. His survival is in serious doubt, his goals may be thwarted and there’s a possibility he’ll end up as some creature’s  lunch. It has a long way to go, but we have the seeds of a story. 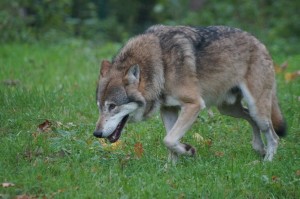 In hindsight, Barry should have probably started with hunting rabbits instead

As well as keeping us turning the page, conflict is used to reveal a character’s strengths and weaknesses. Look again at Easy Eddie. He could be a nice guy or a bad guy. Strong or weak. Smart or stupid. We just don’t know, because he’s not tested in any way. When someone’s tested, when we see how he reacts to trials, then we get a glimpse at their true character.

This all holds true regardless of what the motivation is, wherever it falls on Maslow’s hierarchy of needs (Discussed in the post on motivation, or you can head to Simply Psychology for a more detailed explanation). It doesn’t matter if you’re writing an action thriller or a romantic comedy. Whether the hero is fighting for survival or striving for self-actualisation, looking for shelter or trying to win the love of their life, without conflict we have no story.

Now I’m not saying you need a punch-up in your literary romance;  Conflict doesn’t always mean physical. It can be divided into two main categories, each of which covers a vast range of possibilities.

This is all about your hero against the world. The most obvious is physical conflict, man vs. man. This can range from two kids arm wrestling all the way up to massive armies clashing with each other, depending on the story.

This doesn’t necessarily have to be man against man though. Sci-fi and horror frequently use man vs. monster as their theme, and disaster films from the Poseidon Adventure to San Andreas focus on man vs nature.

As an aside, man vs. nature is much more common in films, where spectacular special effects reign supreme. Rather than earthquakes, tidal waves and twisters, there seem to be more books where man must battle plague and disease, such as Mary Shelley’s The Last Man, and Michael Crichton’s The Andromeda Strain. If you happen to know of any good natural disaster books, please, let me know in the comments.

Still, battles don’t have to be physical in nature. External conflict can also be against people and entities that have an agenda that directly opposes the protagonist’s. Erin Brokovich battles the evil corporation, and a typical John Grisham novel will involve some hard fought legal battle. Whilst these battles are (rarely) physical, this doesn’t make them any less thrilling, if told skillfully.

Not all conflict is as obvious. Some of the best conflict in stories is the one that takes place in the protagonist’s head. Whilst some stories will use this as their central conflict (Ishiguro’s ‘Remains of the Day’ springs to mind), others use it to deepen characters and their appeal and use it in relation to other, external, conflicts. In the television series Mad Men, Don Draper has his fair share of external conflict with his wife, his colleagues and rival firms. At the centre of it all is his inner conflict, as he struggles to coming terms with his past and the roots he tries to leave behind.

From a writer’s point of view, these are harder to write. For starters, everyone is familiar with the concept of an external struggle. Back to our original example, we know that if Bad Luck Barry doesn’t find food, he dies. It’s obvious this is a bad thing to happen. But as the film Castaway showed, the story doesn’t end when you ‘survive.’ Mr Hanks still has to deal with life after the island, and how to come to terms with what he’d gone through and a new life he doesn’t know how to deal with. He’s not in danger at this point, not physically anyway. But the viewer understands that his future happiness is directly linked to whether or not he can move past what happened to him.

How do we add conflict? First, identify the character’s motivation. Once you know what they want, simply apply a force in the opposite direction. If someone’s hungry, take away all sources of food. If a man loves a woman, make her unattainable. Work out what the worst thing that could happen to them is, then do something worse. Make the food poisonous. Make the woman move to the Antarctic. Get in touch with your sadistic side and let rip! Your character won’t thank you, but readers will.

Every Scene. Every Time.

When each scene opens, you must know what the main conflict of that scene is and who is bucking against whom… And whether it’s a large issue or a small one, something physical or something psychological, it must be there. Every scene. Every time.

Surely, if you have conflict in every scene, it’s going to get exhausting for the viewer? As Blake Snyder mentions, this doesn’t mean massive life and death conflict in every scene. Even in action films, the viewer needs a chance to catch a breath; I’m reminded of Matrix Reloaded, which featured 15 minutes of back to back car chases and elaborate fight scenes. Whilst visually stunning, only the most committed fans felt this didn’t go on too long. Therefore, whilst every scene must have conflict, the intensity should vary.

For example, the central motivation in The Great Gatsby is Gatsby’s pursuit of his long lost love, Daisy. The conflict arises because she’s married to Tom. But before we even know about this, we have Tom and his mistress Myrtle in physical conflict over his marriage to Daisy. Nick tries to find out about Gatsby, and the conflict arises when no-one at his party seems to know a single thing about the man. Even when the story reaches it’s cruel conclusion and the dust is settling, Nick still faces conflict up to the moment he says goodbye (forgive my vagueness, but if you haven’t read the book yet I don’t want to spoil anything. Rather, go ahead and get yourself a copy, and see for yourself).

In the film Pitch Perfect, the central motivation is for Beca and the rest of the Barden Bellas to win the Acapella Ultimate World Championship (or something similar). Standing in their way is those evil pesky Treble Makers, the current champions. Boo Hiss! Along the way though, Beca has conflict with her father, her roommate, the rest of the Bellas, her token love interest, and her own attitudes.

Edwin Star once asked War, what is it good for? His answer was absolutely nothin’. But in the world of fiction, turns out that he was wrong. Along other forms of conflict, it’s a great way to hook the audience whilst revealing more about your character’s mettle. We don’t want any Easy Eddies, we want Bad Luck Barry!

Whether it’s an alien invasion or an existential crisis, keep the conflict front and centre. Every scene, every time.

Do you think that conflict is that essential? Are there other, better ways to develop character and hook readers? Let me know in the comments below