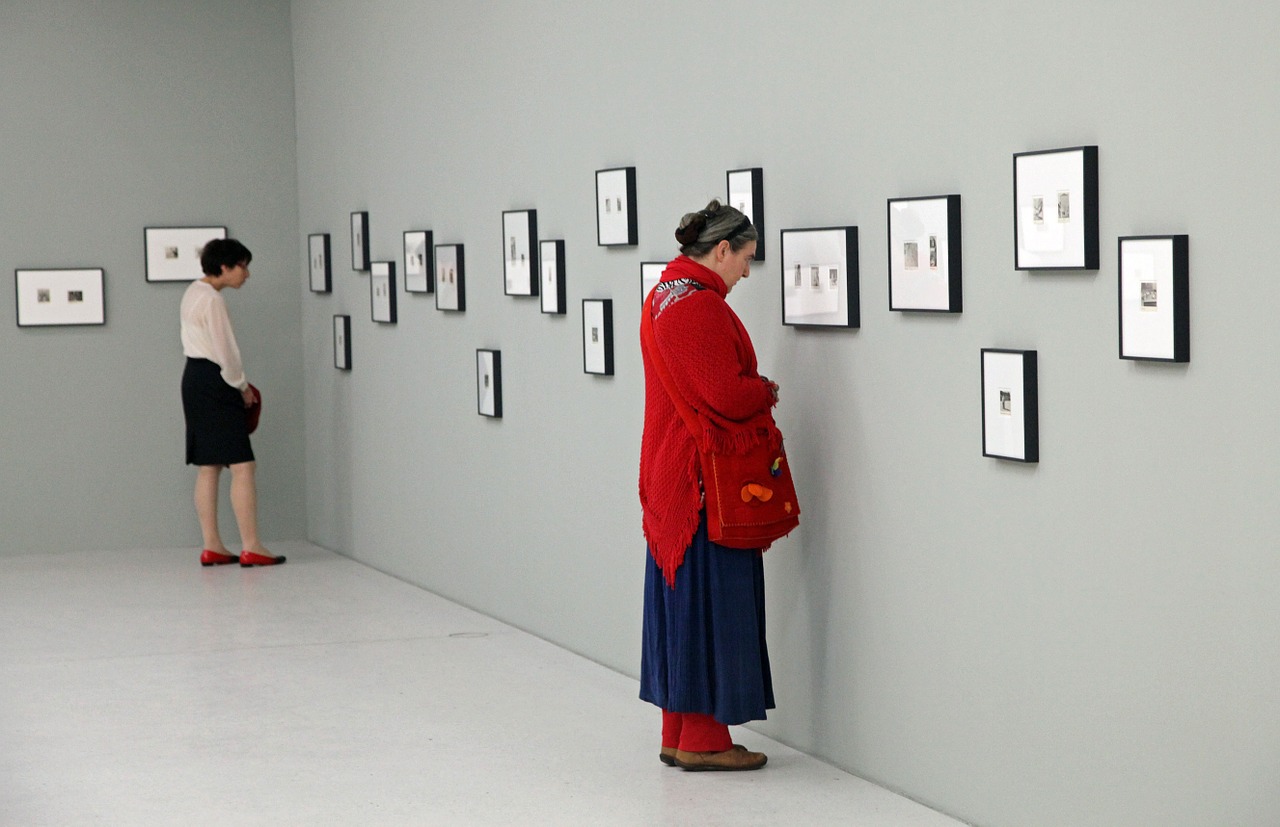 You sit, staring at the blank screen (or paper, if you’re so inclined). You type a word, then quickly delete it. You chug back some more coffee, hoping the muse is drawn to caffeine. You google ‘chug,’ then decide maybe you should just stick to sipping coffee and stop trying to be clever.  Still, the blank page remains, taunting.

It’s tough, this whole writing thing. Fiction, a blog post, someone’s website: it’s all the same problem. Even as someone who adores writing, I still go through that same routine whenever I start something new. Every. Damn. Time. I have a sneaking suspicion it’s the same for every creative endeavour, from sculpture to painting. I suppose we writers have it easier; at least we can delete our first faltering steps. Taking the first chip out of that marble or painting that first stroke must be absolutely terrifying. Art is hard.

Are we doomed? Must we always face this fear?

I haven’t managed to move past this yet, and I have been writing in one form or another since I was a wee nipper. Those first words are always elusive, always refusing to come out and play. I will procrastinate for a relative lifetime, doing ‘research’ on Twitter and checking other blogs for ‘inspiration’ (I actually spent the last half hour reading about the TV show Lost. Then I read approximately a million comments. I feel so productive right now).

Whilst I remain unconvinced that this particular dragon can be slain, I think we might actually be able to give him a jolly good beating. But before we can give the beast a black eye, we have to know our enemy.

For every creative person I know, art is a deeply personal act. When you put something on a blank page, you put part of yourself there too. It’s become a cliche: the writer hunched over his work, illuminated by candlelight as he writes furiously, sweat on his brow as he pours himself into his work. It’s a cliche for a reason. It’s true.

Okay, I don’t write by candlelight, and furious writing spurts are few and far between. But every story has a part of the writer in it. It may be sci-fi set on another planet or a horror story under the sea, but the writer’s there. His fears, his hopes, his beliefs; they’re all on the page. For everyone to see. When you read an authors work, beneath the veneer of aliens and femme fatales, you learn all about him.

You may laugh at this, thinking it’s foolish. But try writing a story that you feel a need to tell, or painting a portrait that needs to be painted, and you’re suddenly aware that it’ll be judged. No matter how much you tell yourself otherwise, you’ll feel like they’re judging you. You’re taking something intensely personal and putting it out there for the world to see. Mucky laundry has nothing on art.

There are as many different opinions as there are people (sometimes more depending on the person). The Mona Lisa is either the greatest portrait of all time, or it’s meh. Tracy Emmin’s Unmade Bed is either soul searchingly profound or, well, an unmade bed. Beethoven and Eminem, Dickens and J.K Rowling, Citizen Kane and Avengers Assemble: They’re either amazing or rubbish. It all depends on who you ask You can argue the various merits of your favourite, but somewhere, someone thinks it’s overhyped wombat poop. So when you’re the artist, the pressure’s on. None of us like people to think of less of us. It’s in our nature. So you agonise over every word, trying to make sure everyone will like it. And that’s impossible. Yet agonise we do.

At the time of writing, the Amazon kindle store has 3,797,827 ebooks on the shelves,  and that grows every single day. iTunes has over 37 million songs ready to download. There are over 13,500 paintings… all of which are attributed to Pablo Picasso. One man. 13,500 paintings. Now, granted, over half of those were people with square faces. But the point is, whatever field of creativity you wish to frequent, it’s already saturated. If no one ever wrote another word, if no-one ever drew another line, if no one played another note, there would still be more art than you could ever hope to take in in a lifetime.

How do you follow in those footsteps? How do you write the next word when a billion have been written before? Isn’t it arrogant to think we have anything to add to what’s gone before?

This infinite nature also gives us another dilemma. When we have too many choices, we become paralysed. If there’s three deserts on the menu, we may bemoan the lack of our personal favourite, but the choice is easy. A hundred choices, and the chances are you won’t be able to choose. Now imagine there’s an infinite menu. Impossible. Yet, that’s what artists have to do every day.  What word should I write next? Should the next paint stroke be blue or burgundy, or one of the other many million possibilities?

It makes you wonder how anyone ever makes any art in the first place.

Art Will Always Be Hard

But that doesn’t mean you should quit.

Sure it’s going to be hard. If you ever find it easy, it’ll stop being art. Everything that’s worth something takes effort.

Yes, art is personal. That’s what makes it special. If you’re really worried about baring your soul, then maybe keep that first story locked up. Just remember the reason we enjoy art. While we may go to be entertained, but we’re drawn in because art is personal. We read those fears, dreams and foibles on the page, and we recognise them, because we have them too.

Michael Caine, quoted in Break into Screenwriting: Teach Yourself by Ray Frensham.

Yes, art is subjective. Even if you knock it out of the park with a New York Times best seller, someone will think it’s rubbish. But rather than letting that paralyse you, let it liberate you. You can’t please everyone, so don’t waste time trying. Make your art, make it the best you can, then let it go.

Yes, art is infinite. And that’s exciting. I’m always amazed that two people can sing the exact same song and it’ll still be different. Clever people, the kind that wear glasses and smoke pipes, reckon there’s only seven stories. That’s it. Sure, the number can change depending on who you ask (Thomas Foster maintains there’s only one), but it’s widely acknowledged there are a finite number of stories. Yet there’s always a new way to tell those stories.

Your voice is unique. Your story is worth telling.  Now go, make art.