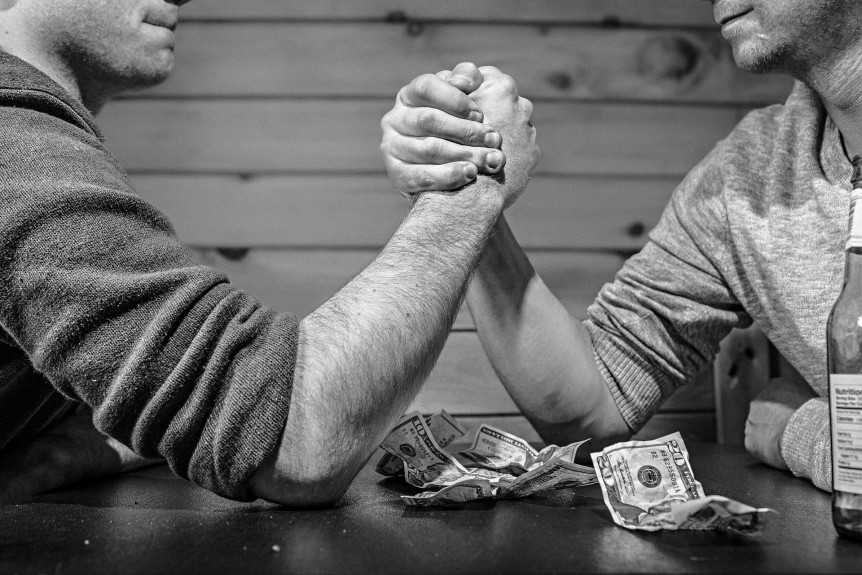 Companies spend thousands for the chance to talk to you. To get their message in front of your face, to play you their jingle. Advertising is massive money. A 30 second advert during the X-Factor finals costs £200,000. To get a 30 second spot during the Super Bowl, that would set you back a cool $4,000,000.

There’s no doubt about it, advertisers will spend big money to have a shot at persuading you to part with cash in exchange for their product or service. The ethics of advertising is a subject best saved for another day, but if you’re selling (and most of us are), or being sold to (all of us are), then it’s worth taking a closer look at what all the fuss is about.

What Is It That Makes an Effective Advert?

To illustrate what goes into a compelling advert, take a look at these two offerings from competing broadband providers.

Before we go any further, take note of your gut reaction. Which advert did you prefer? If you had to buy a broadband package from one of these providers right now, which one would you pick? Sky versus Virgin Media, who wins the battle of the ads?

Make a note of your choice, then read on.

Virgin Media chooses a rather scientific looking bear as a spokesman, letting us know why he uses them as his broadband provider. I have nothing against bears in adverts; John West proved how effective bears could be in their classic advert. I’ve also enjoyed Virgin Media’s other animal themed adverts (Usain Bolt and the ‘Broadbandits’ is my favourite). However, this time I think it falls flat. Rather than being cute or funny, this bear is wearing a white coat, and lecturing me on cables thickness.

Sky have used Toy Story and the Minions in their adverts in the past, and now it’s the turn of the latest Pixar film, Inside Out. I’ve enjoyed the adverts before, and this one is no exception. However, there’s a difference between entertaining and effective adverts.  Which of the adverts is the most persuasive, and why?

The chances, now more so than ever, are that you’re distracted. Odds are you’re playing with your smartphone, surfing the net and chatting with your friends. It’s vitally important, therefore, that if an advert wants to earn its keep, it must grab your attention as much as possible. A useful tool for analysing this is to watch the advert back with the sound off. In Virgin Media’s case, I spot the bear’s coat has the Virgin Media logo, and they have the logo nice and big at the end. But all I really take from the advert is that Virgin Media uses fancy cables. And guess what? I don’t care.

One of the first rules of selling is that people, in general, don’t care about features. They care about benefits. In The Copywriter’s Handbook, Robert Bly points out the following:

Novices tend to write about features: the facts, figures, and statistics at hand. Experienced copywriters turn those features into customer benefits: reasons why the reader should buy the product.

Virgin Media’s advert is all about the features. A fancy new kind of cable that Virgin Media has that its competitors don’t. So what? Maybe Docsis 3 tech means something to you, but I consider myself up on my technology and it means absolutely nothing to me.

Compare this to Sky’s offering, and you see they offer a benefit. A solution to the customer’s problem. Superfast internet. You’re not told how they manage this. I don’t know what the technology is behind the scenes. I just know that when I’m doing my biology homework, I don’t have to worry about buffering videos and slow broadband speeds.

Once Upon a Time

As an author, I’m particularly interested in Sky’s use of storytelling. According to recent research, stories stimulate the brain more than simple statements of fact.

With this in mind, Sky’s partnership with Pixar, one the great storytelling studios of our time, is nothing short of genius. Sky don’t just tell us we’ll get faster broadband with them; they tell us a story about it. A real story. It follows a traditional three act structure, with a clear beginning, middle and end. It has an inciting incident, it has a resolution. Even without knowing anything about the characters, I remembered the story days, even weeks after first seeing the advert.

Virgin Media has the potential of a character, but there’s no real story. If anything, the advert takes us away from the story of a bear that wants to watch telly all day, and sits us down and tell us the facts.

What This Means For You

Sky comes away from this the clear winner. As part of my in depth research (i.e. I asked five friends), others felt the same way.

So what’s the takeaway?

If you’re offering a service or product, focus on the benefits, not the features. The average person simply doesn’t care about what cable you use, they just want to know what’s in it for them.
Secondly, don’t tell them the facts, tell them a story. Facts are forgotten, but stories live forever.

What do you think? Which advert did you prefer, and why? Let me know in the comments below