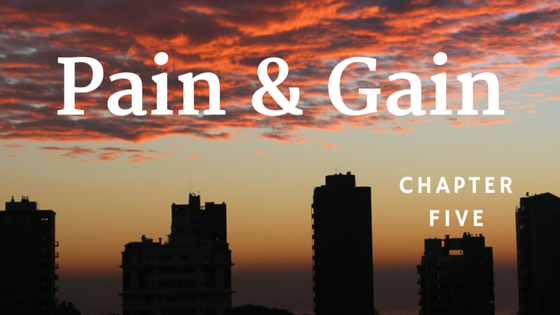 If you want a refresher, check out the earlier chapters HERE

The light was creeping through the windows, just enough for Eddie to see his breath form in the frozen air. He barely felt the cold, just a dull ache in his chest and arms as he forced out another push-up, then another. The dull ache turned to fire as he continued, making him grimace. He managed one more before collapsing onto the threadbare carpet, five reps short of his standard. He figured a covert insertion via a HALO jump followed up with three hours sleep must have had an effect. Either that or the bacon cheese burgers were finally catching up with him, and he was hoping it would be years before he had to worry about that.

Eddie opened his eyes to see David, stood by the counter, chuckling. He had a litre bottle of vodka in his hands, which he took a big swig of as he leaned back. “What was that, like a thousand reps or something? You on the super soldier serum bro?”

Eddie rolled over onto his back. “Thirty six actually, you sarcastic jerk.”

David let loose with a big booming laugh, before taking another shot of vodka. “You’re slipping. Getting old.”

“Not for another 18 minutes. Which, as far as I’m concerned, means it’s still night. Ergo, not an alcoholic.”

“Ergo? What happened, you swallow a thesaurus or something?”

David shook his head, a big grin on his face. “You think anyone who knows the difference between an adverb and an adjective is a nerd.”

“Shut up. Adjective is a describing word. And an adverb, well…” Eddie sat up and paused. “An adverb isn’t.”

David laughed, leaning to the side to dodge the cushion that Eddie threw.

“Hell, it’s not even 5am. Who knows what an adverb is at this time in the morning?”

The question was left in the air, David choosing to smirk and take another swig from the vodka bottle in reply. Eddie clambered up to his feet, punching David on the arm as he went past. “You got everything sorted at least? Or did you go straight to the drinks cabinet?”

David swung around the doorway and returned with a large canvas holdall, worn and faded. He dropped on the counter in front of Eddie. “Maybe I am an alcoholic, but if so I’m one of those high functioning genius ones. Check it out.” He opened the bag, and Eddie gave a low whistle.

“I know, right?” continued David. “My contact really outdid himself this time.”

The weapons were small, but Eddie recognised them from briefings on next generation weapons. Non-lethal shock shots. “These are still illegal, right? I didn’t think the brass had approved these for field use.”

David’s teeth gleamed in the apartment’s artificial light. “You mean the UK brass. That’s right. But we’re not in the UK any more are we?”

Eddie picked up one of the guns, getting a feel for its weight, tossing it from one hand to the other. “Did your contact pick these up at Toys R Us? These feel like they’re made out of plastic.”

“They are. The only metal in there is the wire and the barbs. There’s more metal in a light bulb. Hell, there’s more metal in your blood. Completely invisible to metal scanners. It’s a work of art man, we’re talking Leonardo, Michaelangelo, Raphael and Donatello, all rolled up in one.”

Eddie smacked the gun against a wall, frowning. He tried again, a little harder. “It feels like it would break if I sat on it.”

“It won’t. That’s not the same kind of plastic that they use to make the toy in your happy meal. This is grade A reinforced layered polymer nanocomposite, stronger than adamantium. Bless those crazy Chinese and their research.” He plucked the gun from Eddie’s hands and placed it back in the bag. “Still, I’d prefer it if you didn’t actively try and break our ordinance. It’s not like they’re cheap.”

With a shrug, Eddie left the bag alone and retreated to the window. He pulled the curtains apart, looking out at the city below. He’d not been in favour of being so high off the ground; escaping from a high rise only worked in the films when everyone seemed to be a expert traceur, and roof top jumps didn’t end in broken bones or worse. It seemed like a stupid move for a couple of foreign agents in hostile territory. David was a big guy who could hold his weight in a fight, but if they couldn’t fight their way out, running wouldn’t be an option either. When he’d expressed his concerns to David, he’d laughed that with that charismatic laugh of his. “If they’re dumb enough to corner us, they’ll be the ones who regret it.” That hadn’t been a great comfort, but Eddie had let it slide. Now, as he looked out at the view, he couldn’t help admiring it.

“Hell of a view, right?” asked David, reading his mind.

David went back to his vodka. “You love it, admit it.”

Ignoring him, Eddie kept his eyes focused on the cityscape. Grey light fell on grey buildings, monstrosities that belonged to the cold war era. He wished he could ask the unit shrink what it was he was feeling. Was it some kind of perverse survivor’s guilt? An obligation, the enlightened westerner bringing hope and glory to the desolate wasteland? Or maybe it was something much simpler. Maybe he was just a tourist enjoying a different view to what he was used to.

The sunlight was coming up over the horizon, and although he’d expected it to make everything look better, it just made the concrete clearer.

David zipped the bag shut. “Then we move.” Picking up the case, he strode to the door, not bothering to look back to see if Eddie was following. Eddie followed. David threw the door open and took in a lung full of air. “I love the smell of cooked dog in the morning.”

Reaching up, Eddie gave Dave a smack around the back of the head. “I’m pretty sure that’s racist.”

David put his hands up in the air. “It’s true. I saw it on a documentary. They eat dog here. I swear it.”

“Yeah, well, HR will still have you fired for that if they hear you saying that kind of crap.”

“Oh no, please!” David grabbed hold of Eddie’s collar, eyes wide with mock terror. “Promise me you won’t tell HR. You wouldn’t do that to me would you? They’d give me a written warning or, heaven forefend, a disciplinary! I thought we were friends?” He shoved Eddie back, chuckling. “You know what, if we both survive this I’ll go to one of those equality awareness seminars on the 4th floor. I’ll even try not to fall asleep. Deal?”

Eddie shoved David back, but it was like shoving a brick wall. “Whatever. Lets just focus on surviving. You ready to stop playing about?”

David curtsied. “After you good sir.”

Eddie rolled his eyes and took the lead. Out the corner of his eye, he watched David flex his neck, heard the crack, then lumber along after him. Sinuiju lay before them, a North Korean welcome of grey mist covering the streets. They blended in with the mist, disappearing into the city.

Hope you enjoyed that little blast from the past! Hear about the next chapter and other new posts before anyone else by signing up for updates, just over there in the sidebar.